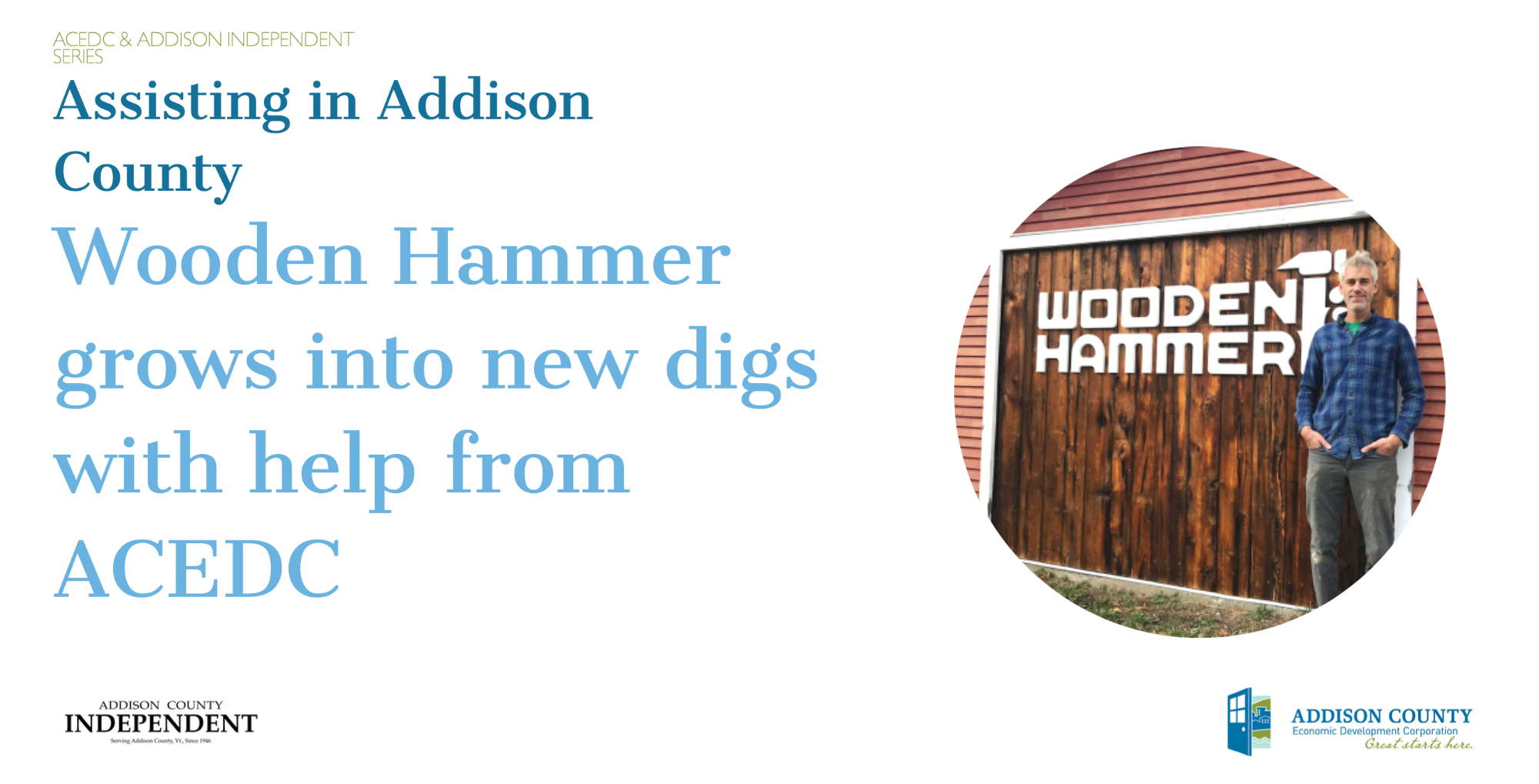 As a young boy, Raphael made tree houses in the woods near his childhood home in nearby Panton, and was obsessed with building Lego projects — key experiences, he said, that led to his love of building and woodworking.

“I always loved building stuff as a kid, of course starting with blocks and Legos,” said Raphael, who also credited his father, David Raphael, who founded and ran Middlebury-based Landworks for decades, for instilling a similar love of built structures. “I liked to help my dad with the various projects he was always working on, like building bridges for his network of cross-country skiing trails” out behind his Panton home.

Raphael, now 39, graduated from Vergennes Union High School in 2000, then went to Colby College. His passion for building persisted into adulthood, competing with his literary aspirations, which had led to writing gigs for such magazines as Skiing, Backpacking and Men’s Journal. But he found the sedentary act of writing wasn’t the right fit for him, he said, and he got back into building things as a full-time builder in the Boston area for three years.

“I worked fairly briefly for a couple of different contractors before starting a business with a friend, who was a house painter, doing painting and light carpentry. We worked our way up to some pretty big renovation jobs that involved custom built-ins and cabinets,” recalled Raphael, adding that he enjoyed the jobs involving custom cabinetry so much that they soon would become his focus for his own business.

“At that point I was doing renovation work as well. But I really loved shop-work in particular, and I tried to get jobs that involved that,” he said.

“I decided that I'd rather be spending my days in my shop instead of on job sites, so I slowly made the transition to just doing cabinetry and furniture. I really like the controlled environment in the shop, where I can have all my tools set up just right. And I love the puzzle of building different kinds of cabinets and furniture with different requirements for joinery, etc.”

As his business grew, Raphael hired an assistant and built a workshop on his property in Monkton. Although he originally planned for that shop to be a long-term location, his business eventually outgrew it, and in 2017 he began looking for a place to relocate.

“That was supposed to be my forever home, but then I just kept growing,” said Raphael. “I had probably been looking for a new space for at least two years. I really wanted it to be just the right space.”

Raphael found his ideal space in April 2019 and, after 10 months of renovations, moved in this past February. The building at 140 Monkton Road had caught Raphael’s eye 10 years before, but it wasn’t until the property was relisted on the market in 2019 that the timing worked out and Raphael was ready to take the leap.

“When I first built the shop on my property, this building was for sale then too. I didn’t really feel like I could buy a whole other building at that point, but I kind of always dreamed about it,” he said. “So when I saw this place come back on the market, I was really excited about it and made it happen.”

The shop was originally a creamery, then served as the town’s recycling center and garage, and finally was a storage shed for a roofing company just before Raphael purchased it. After closing on the property in September 2019, Raphael began the necessary renovations.

Grants and loans through the Addison County Economic Development Corporation (ACEDC) were essential to converting, then moving into, the 2,848-square-foot space.

“This was a huge project,” he said. “I spent more on renovations than I did on buying the building. It didn’t have any windows. It was down to the studs. As far as electric there was pretty much one light bulb and one outlet.”

The ACEDC helped Raphael finance renovations for Wooden Hammer in addition to receiving a $15,600 Buildings and General Services (BGS) grant from the Vermont Department of Buildings and General Services’ Building Communities Program. Businesses must use the grant “for capital and construction improvements that support Vermont towns and regions.” Raphael said Wooden Hammer qualified for the grant by providing more jobs and by creating a demand for local lumber.

“Growing my business will support local businesses because we buy all of our lumber from the local lumber yards in Bristol, and part of the expansion was going to allow me to employ more people, which it has,” said Raphael.

His new shop can easily accommodate four people, which would be been a tight squeeze, if not impossible, in the old shop.

“Ben’s project was a good candidate for financing because he had an established business with a good reputation, he had a good business plan and solid projections, and the project provided appropriate collateral,” said ACEDC Executive Director Fred Kenney. “There was also a timing issue: Ben’s need to make improvements to his new facility coincided with the timing of the program application and funding availability.”

In addition to the BGS grant, Wooden Hammer received a $25,000 loan from the ACEDC to help pay for facility renovations at a commercial interest rate.

ACEDC also helped Raphael prepare documents to apply for additional loans from Opportunities Credit Union and the Vermont Economic Development Authority, and helped him get his financials together to pay back all of the loans.

“The ACEDC was definitely a big help,” said Raphael, adding that it took a lot of the stress off of him and allowed him to focus on growing his business in a more visible location.

“My last shop was a quarter-mile down my driveway, so I had no road visibility,” Raphael recalled, noting that he already knows “a few people have driven by, seen the sign, and contacted me… Now we’re busier than we’ve ever been.”