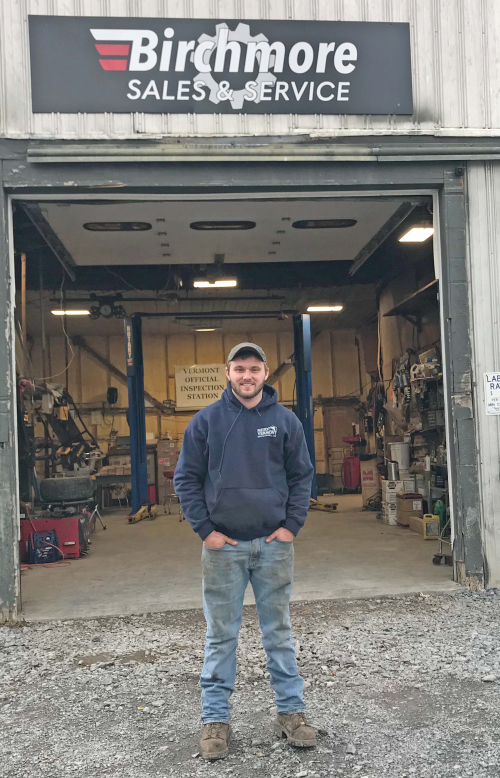 With the help of the ACEDC loan, Birchmore converted the 1,700-square-foot garage into his new shop and moved into the farmhouse with his dog, Peyton. Birchmore Sales & Service has been open full time since January 2020, and Birchmore said he’s been keeping busy (photo left). Full Story

In 1993, ACEDC was one of five regional development corporations to receive a $200,000 grant to create a Revolving Loan Fund (RLF) for Addison County businesses. ACEDC has since been the recipient of several additional loan funds in 1995, 1998, 2009, and, most recently, a special appropriation for a Champlain Bridge Loan Fund to support businesses that were negatively impacted by the closure of the Champlain Bridge on October 16, 2009. Since the inception of the first RLF, ACEDC has lent millions of dollars to dozens of businesses to support their growth and help them retain and create jobs.

Addison County Economic Development Corporation is dedicated to helping businesses in all stages of growth retain and create good-paying jobs in Addison County.

As stated in the by-laws, ACEDC is organized exclusively for promoting the common business and economic interests of commercial enterprises in Addison County.

The purpose of this corporation is:

that nurtures businesses to launch, grow, and thrive: