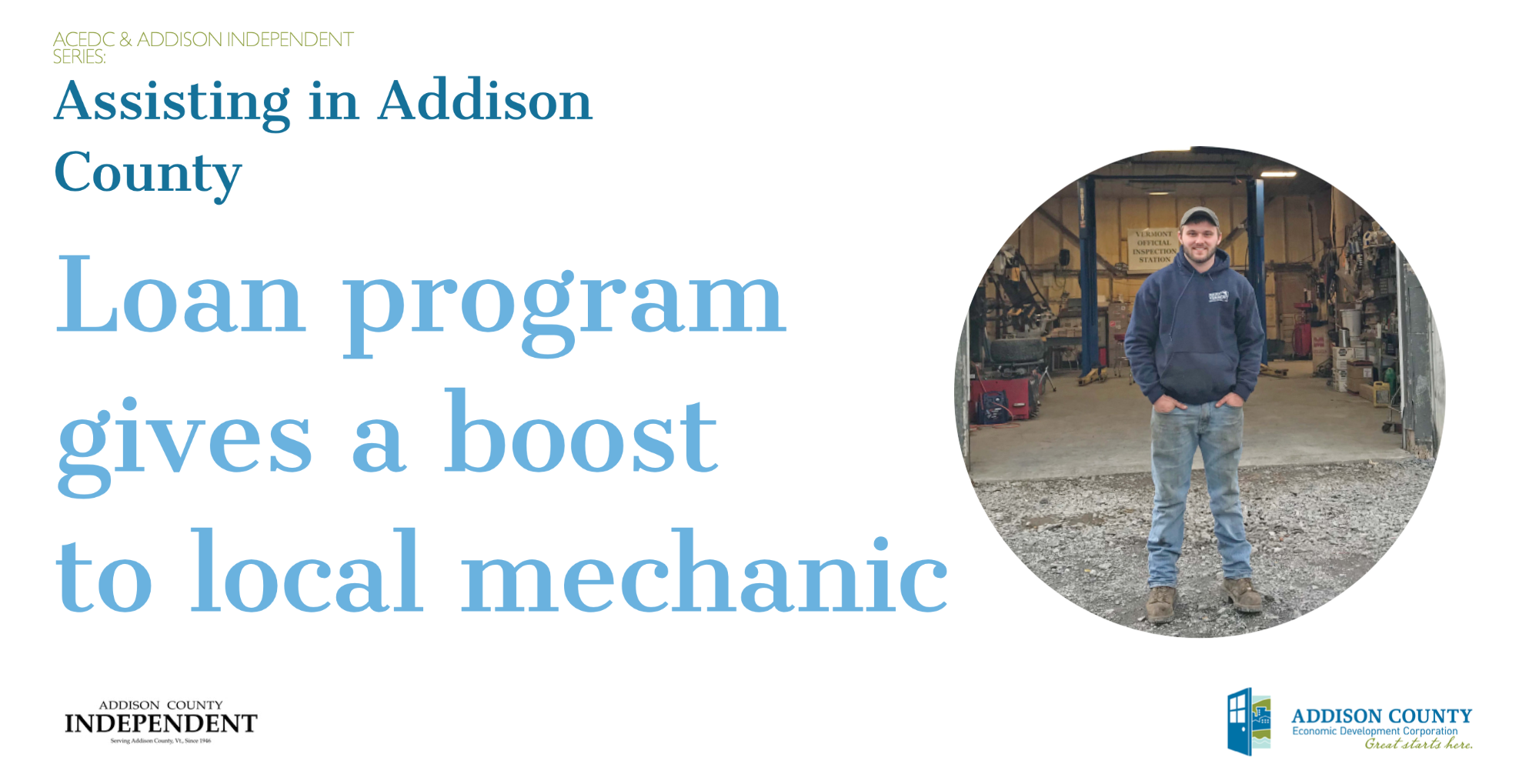 ADDISON — At age 14, Jacob Birchmore began working on cars just a mile down the road from where he would open  his own shop in Addison, Birchmore Sales & Service, seven years later.

Learning the ropes from Justin Almedia, Addison-based diesel mechanic and owner of Just Fix It, Birchmore said those early experiences are what began his love for auto mechanics.

“I enjoyed the fact that there was always a different job to be done and so much to learn, then the satisfaction when the job was complete,” said Birchmore.

Throughout high school, Birchmore continued to work on cars through the Future Farmers of America’s AG Mechanics program at Vergennes Union High School. After graduating from VUHS in 2016, Birchmore went on to study automotive and diesel mechanics at Universal Technical Institute in Norwood, Mass.

Owning and running his own auto mechanics shop was always part of Birchmore’s plan, though achieving that goal took several years before opening his shop this past January.

“In high school, my goal was always to have my own business and own a shop. Once I finished school at UTI, I started making a plan to start the business and looking around for properties to purchase, which is tough to find the right spot in Addison County,” said Birchmore. But first, he needed money so he went to work at New England Kenworth dealership in Shelburne where he spent the next couple years learning more about mechanics.

Though it took a while to find the right long-term space, Birchmore began renting a shop in Addison in October of 2018. Doing so allowed him to pursue his own business two days a week while still working at Kenworth. Birchmore continued this set up for a year, but said he ultimately craved the freedom to structure his own workday.

“At Kenworth we would have to shut down, even if I wanted to work longer. I couldn’t work longer and I wanted to put in more hours,” said the 23-year-old mechanic.

While pursuing both jobs, Birchmore also kept looking for a facility he could call his own, but financing any place was a big hurdle.

That’s where help from the Addison County Economic Development Corporation (ACEDC) allowed Birchmore to get his business up and running. Birchmore contacted Fred Kenney, executive director of the ACEDC, in February of 2019. Kenney was able to refer Birchmore to the ACEDC’s Vermont Small Business Development Center (VTSBDC) advisor and get the young entrepreneur the help he needed to apply for a loan.

Together the ACEDC and VTSBDC advisor Sarah Kearns helped Birchmore get in contact with potential lenders, finalize the business plan and projections, and set up his Quickbook files. Kenney said this collaboration with the VTSBDC was part of what made Birchmore’s project a good candidate for an ACEDC loan.

“Even though this was a start-up by a young man, the project was a good fit because Jacob had worked with SBDC to produce a business plan and projections, he had some equity to contribute to the project, the project had adequate collateral, Jacob had a substantial customer list from his previous part-time work, and he showed that he was willing to work hard to make the business succeed,” said Kenney.

Birchmore received a $50,000 loan with a 5% interest rate from the ACEDC. Though this loan could not be used toward residential property, Birchmore was able to get a mortgage through the National Bank of Middlebury to purchase a farmhouse he had found in Addison. This four-bedroom farmhouse at 1513 Jersey Street South had a detached garage, which was a perfect fit for Birchmore’s new shop. The ACEDC loan was used to fill his new space with a tire machine, car lift, and other necessary equipment.

“Getting the equipment in here was huge,” Birchmore said. “There’s no way to start the business without it,” explaining that the shop he had been renting came equipped and he knew he had to be able to buy equipment of his own. “Filling a shop with the equipment gets pricey quick,” said Birchmore. “I had my toolbox and that was it, so everything else I bought once I had the shop together.”

With the help of the ACEDC loan, Birchmore converted the 1,700-square-foot garage into his new shop and moved into the farmhouse with his dog, Peyton. Birchmore Sales & Service has been open full time since January 2020, and Birchmore said he’s been keeping busy.

“With mechanic work you always get a couple of slow weeks and then you pick right back up,” he said. “This is always a busy time of year, with winter tires and now the under-coatings. I’ve been staying pretty busy.”

Since opening Birchmore Sales & Service, the area community has been quick to support one of their own, and with the encouragement of friends and family members, and a Facebook page with over 300 followers, he’s seen a lot of new customers in his first year. Looking ahead, Birchmore said his current goal is to hire at least one employee to help mitigate some of the challenges he faces running the business by himself.

“I’d love to have someone else working with me,” said Birchmore. “There are a lot of challenges I have being in here alone, where it takes two people to do something. Right now I’m kind of improvising to make it work with one,” adding that even with those challenges, he’s happy with the move and excited to grow a business that’s his own.