Two projects in Middlebury were selected among these Downtown & Village Center tax credits which are a tool to help Vermont’s downtown businesses. 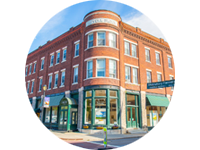 The historic Battell Block (1892-98) in the center of Middlebury was acquired by its current owners in January of 2017. Recognizing a shortage of quality rental housing in the area, the owners embarked on a project to renovate the second and third floors into 30 market-rate apartments along with updated office space for the Community College of Vermont, already a tenant in the building. The project will tackle exterior repairs and code improvements supported with state tax credits including: re-pointing brickwork, window repairs and exterior painting; installation of new plumbing, electrical and HVAC systems; elevator upgrades, installation of two new fire stairs, a new sprinkler system, and asbestos abatement. 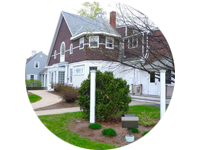 The rehabilitation of this historic building will transform a vacant, unused office/commercial/residential building in disrepair into a vibrant residential building. Located on a prominent corner of Washington Street and historically a single-family home, the project will also use federal & state preservation tax credits to support the sensitive rehabilitation of the building along with significant code-mandated improvements. It will also create 8 units of housing within walking distance of Middlebury’s downtown shops and restaurants.